There is a profound unmet medical need for patients with DM1 due to the progressive, multi-systemic manifestations of the disease for which there is no approved therapy.

Myotonic dystrophy type 1 (DM1) is a genetic disease caused by excessive repeats of the nucleotide sequence CTG within the DMPK gene. The number of repeats ranges from up to 35 copies in healthy individuals to many thousands in patients with DM1. The nucleotide repeats present in DM1 result in toxic DMPK pre-mRNA that accumulates in the nucleus and sequesters the muscle blind-like (MBNL) protein, preventing it from exiting the nucleus and reducing its function.

DM1 is a rare disease, commonly estimated to affect over 40,000 people in the United States and over 50,000 in Europe.

Clinicians typically categorize DM1 based on severity of symptoms and age of onset. DM1 can lead to physical impairment, activity limitations and decreased participation in social activities and work. Life expectancy ranges from 45 years to 60 years, with 70% of early mortality caused by cardiorespiratory complications.

DM1 is typically slowly progressive and may greatly impact a patient's quality of life. DM1 can cause:

There are currently no approved therapies for DM1. Instead, treatment is focused largely on symptom management.

Entrada is developing an oligonucleotide therapy conjugated to our Endosomal Escape Vehicle (EEV™) platform for the potential treatment of patients with DM1. 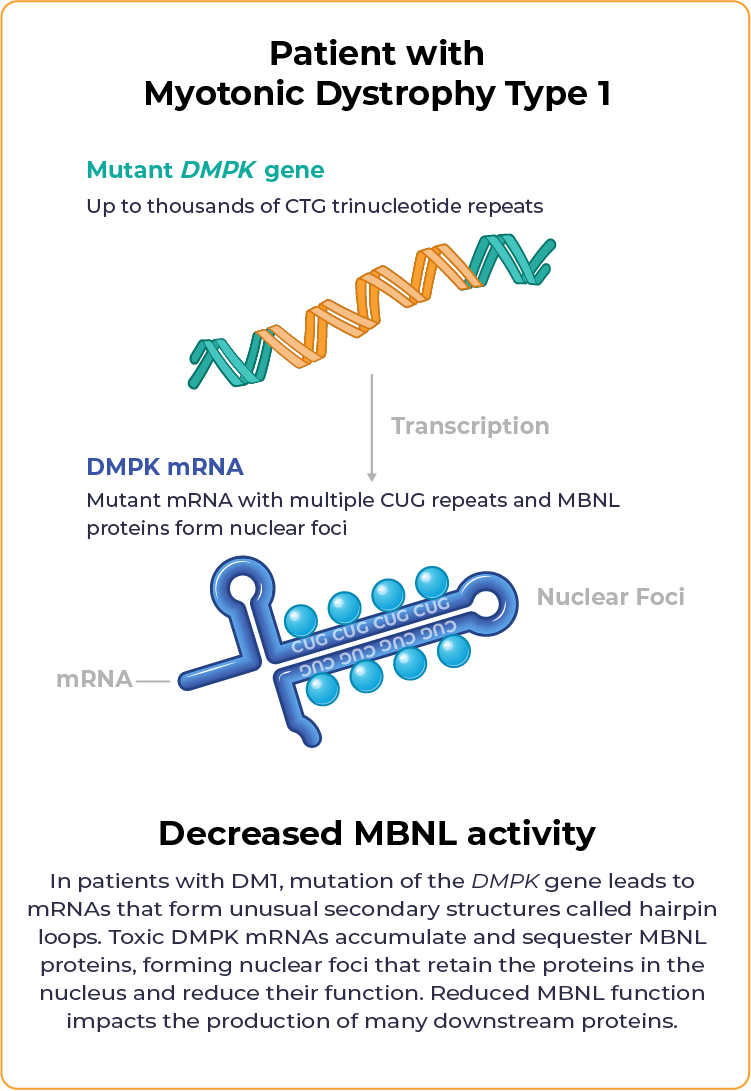 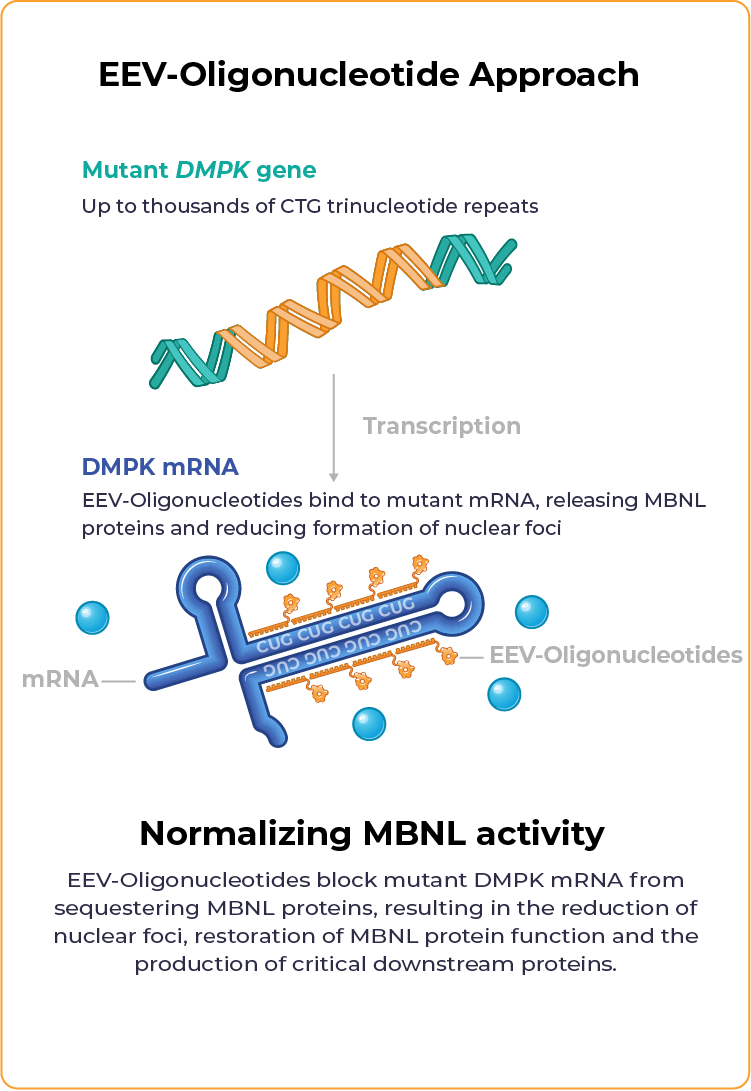 Our multi-pronged approach intends to address the underlying cause of DM1 by targeting and blocking the extra CUG triplet repeats occurring in the DMPK gene product. CAG-repeat antisense oligonucleotides are designed to bind CUG repeat RNA and have been shown to block RNA-protein interactions as well as reduce the level of CUG transcription. In preclinical models, we have observed that our EEV-oligonucleotide approach led to correction of disease relevant biomarkers in various muscle groups.

Learn about our EEV™ platform