A significant unmet need remains in the DMD patient population due to inadequate dystrophin production in critical organs and tissues. Our DMD program is designed to address the genetic basis of DMD by promoting the skipping of specific DMD exons in the nucleus, allowing muscle cells to create a functional dystrophin protein.

Duchenne muscular dystrophy (DMD) is a monogenic X-linked disease caused by mutations in the DMD gene, which encodes for the dystrophin protein. Dystrophin is essential to maintaining the structural integrity and normal function of muscle cells for walking, breathing and cardiac function. In patients with DMD, mutations in the DMD gene can lead to certain exons being misread, resulting in a failure to produce sufficient functional dystrophin. The reduction or absence of functional dystrophin leads to damage to muscle cell membranes, resulting in muscle cell death and progressive loss of muscle function throughout the body. 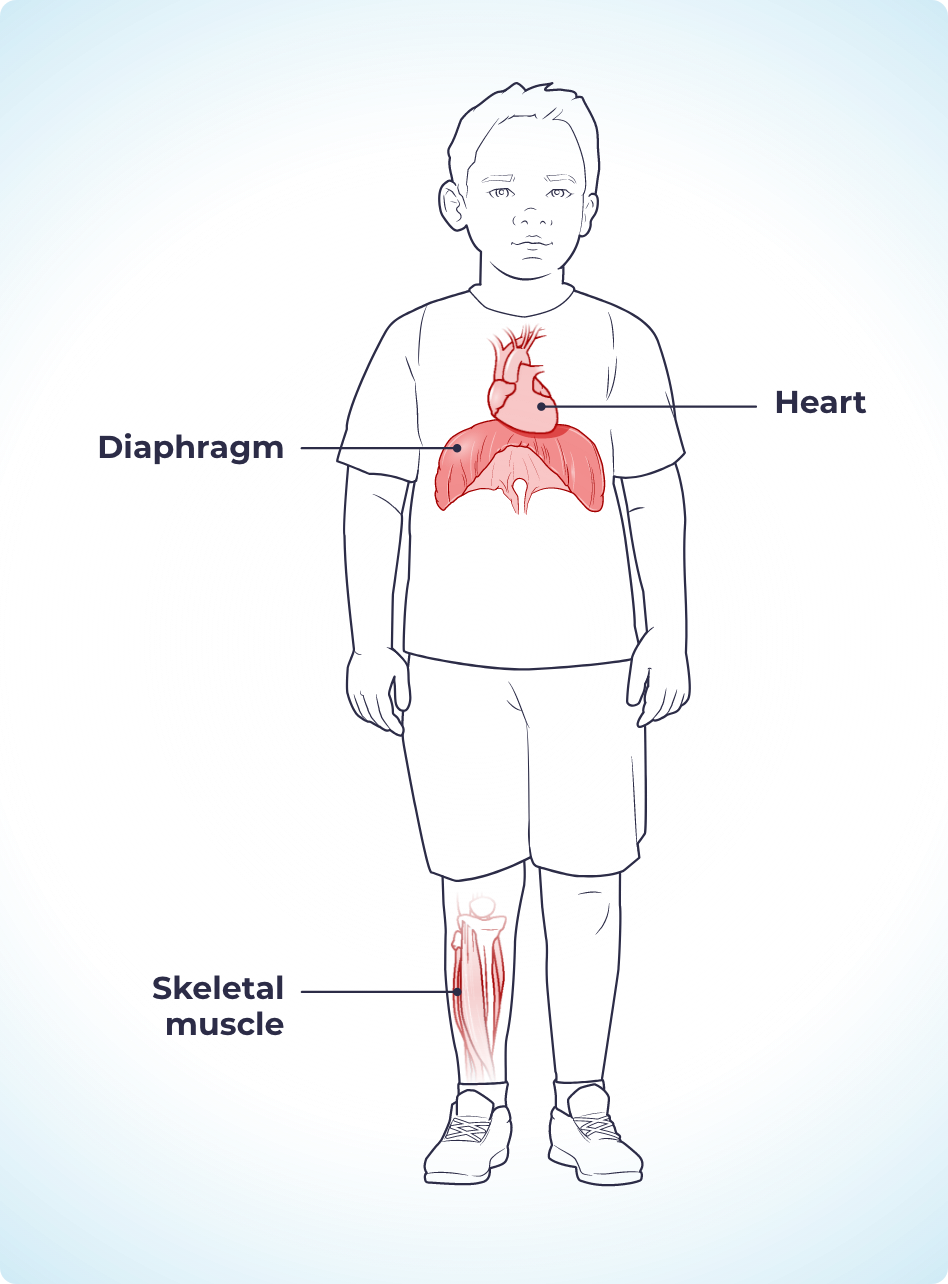 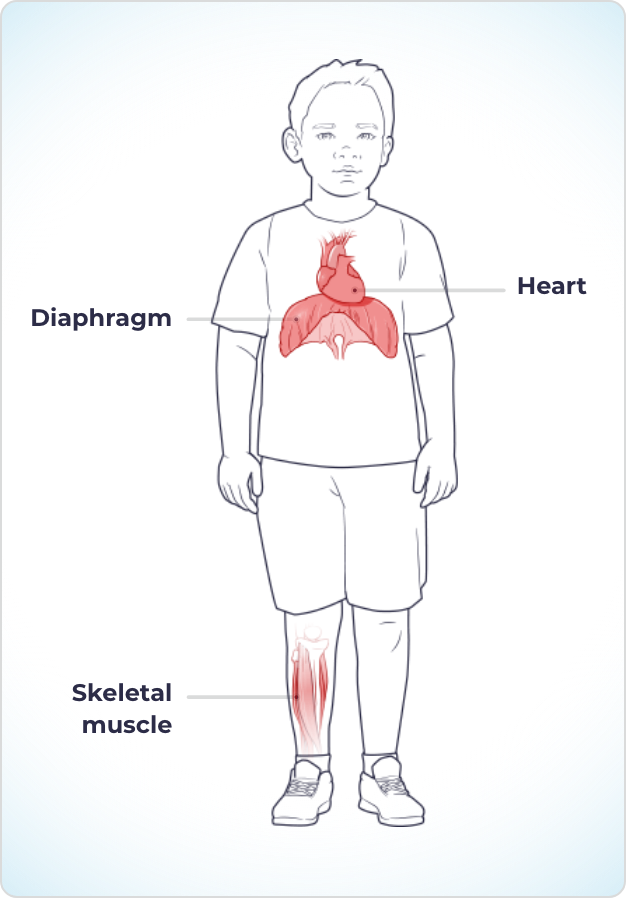 In patients with DMD, progressive muscle weakness occurs throughout the body.

In the later stages of the disease, the heart and diaphragm are affected, and this ultimately contributes to morbidity and mortality.

An ideal treatment would not only be effective in restoring high amounts of dystrophin in the skeletal muscles, but also in the heart and diaphragm given they are key organs responsible for disease morbidity and mortality.

Entrada is developing oligonucleotides conjugated to our Endosomal Escape Vehicle (EEV™) platform for the treatment of patients with DMD. 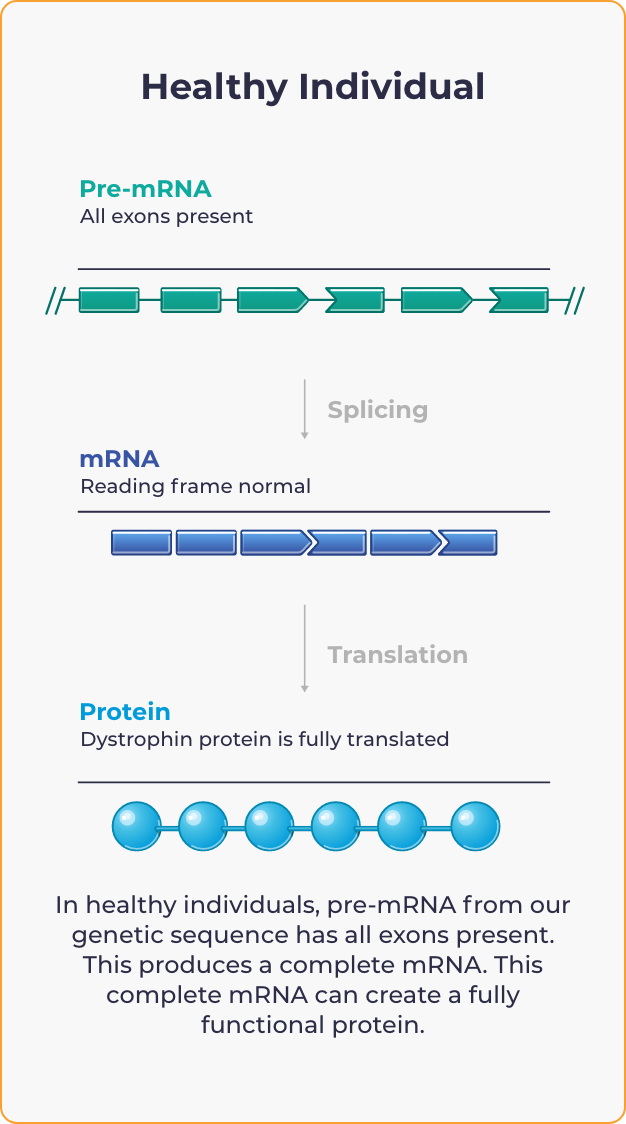 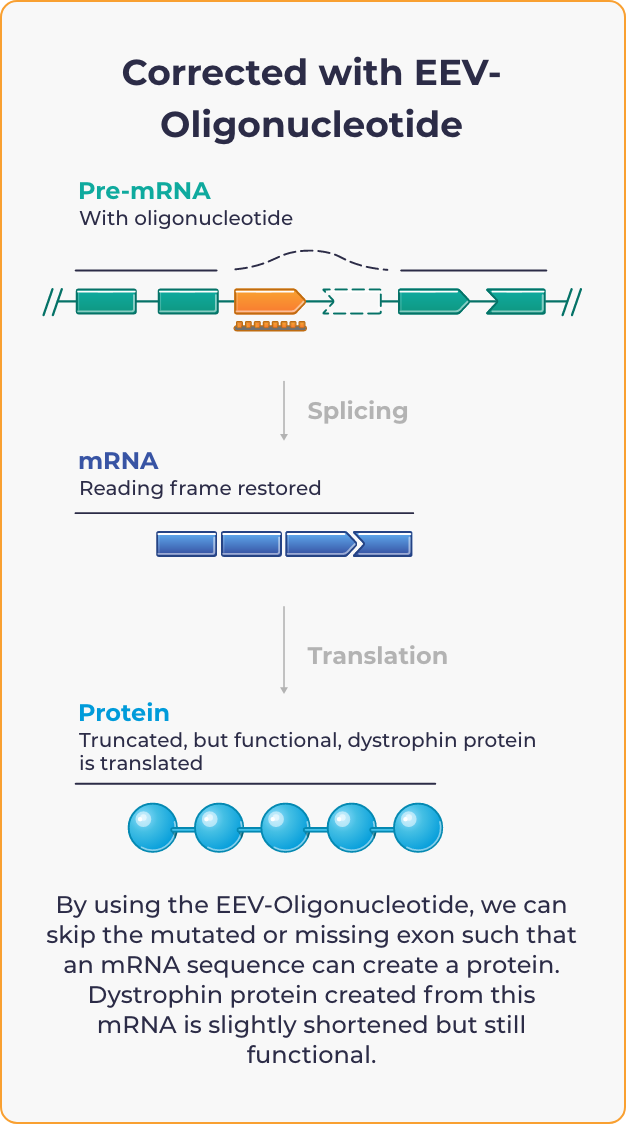 Our EEV™ Platform is designed to enable high cellular uptake and robust cytosolic delivery of EEV therapeutic candidates, resulting in a greater amount of the oligonucleotide being able to reach its intended target in the nucleus. In preclinical studies, our proprietary oligonucleotide has been shown to promote enhanced exon skipping and dystrophin production. In certain tissues, there is a near complete correction of dystrophin.

Limited exposure in target tissues and poor endosomal escape have been significant barriers to achieving greater dystrophin levels with oligonucleotide therapies. Because the unique mechanism of action of the EEV™ platform is designed to enable high cellular uptake and robust cytosolic delivery of EEV therapeutic candidates, in preclinical studies we have seen not only significant dystrophin production in the muscles like the heart but also uniform dystrophin production beyond the vasculature within tissues. Given cardiomyopathy is a leading cause of death for patients with DMD, we believe this increased level and higher myocyte distribution of dystrophin observed preclinically may potentially translate to improved cardiac function in patients with DMD. 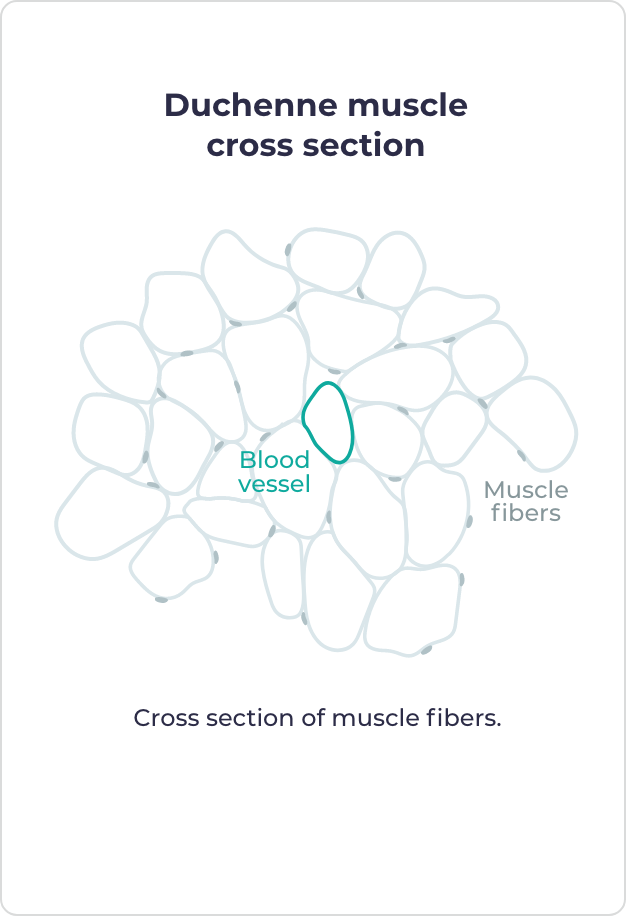 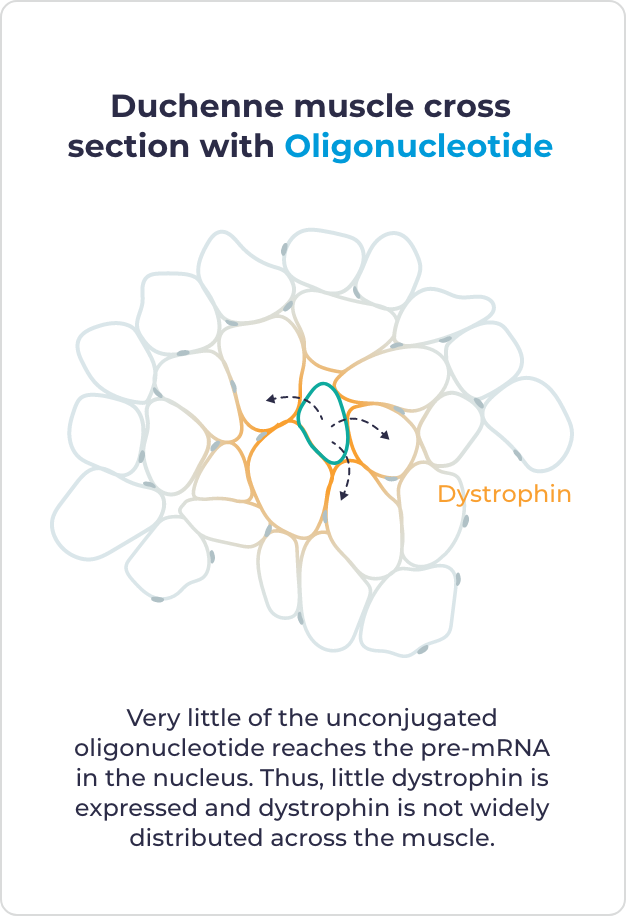 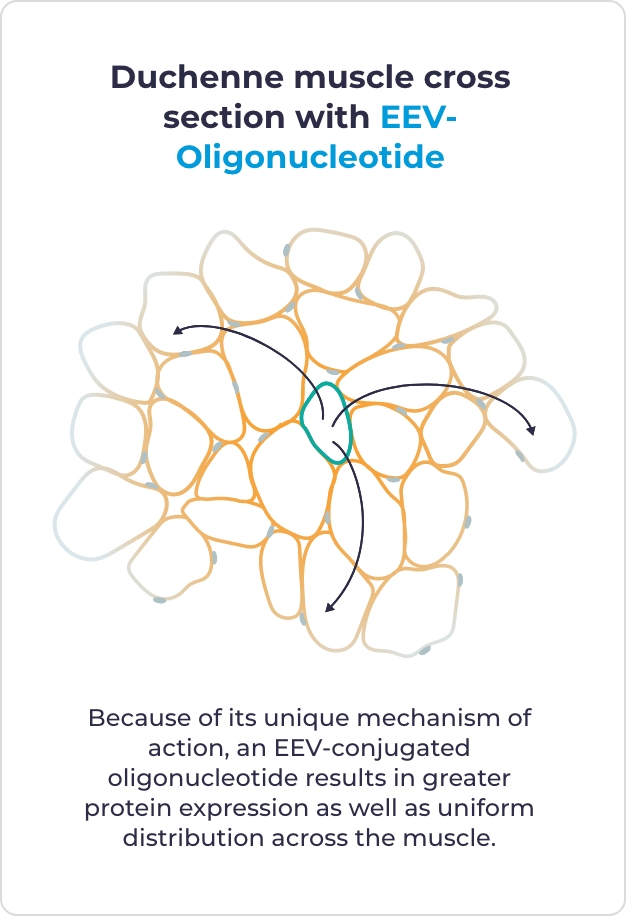 Learn about our EEV™ platform